Join me in this review as we uncover Dead space 3 PS4, a successful horror shooter which was a landmark of its time. Together we will discuss whether it’s still worth a play? or A poor choice from Visceral games due to its awful campaign story and many controversies.

For anyone who hasn’t played dead space PS4 games yet. I will try to sum it up. There is a thing called a Black marker, a remnant of Alien civilization, which can spread a kind of disease among humans. People turn into degraded and unrecognizable bug-like creatures called Necromorphs, which kill anything and anyone upon sight. The series itself takes place in a very dystopian futuristic world but mainly focused on space. Issac Clarke is a space engineer and protagonist who is always in the wrong place to uncover the secrets of an ancient alien civilization. Providing you with excellent sci-fi horror in 3rd person action.

It’s no coincidence that videogame trilogy tends to be judged by their final installment. The same is the case with Dead space 3. Dead Space 3, being 3rd installment, is enriched with options and gameplay mechanics. Maintaining the franchise’s essence while incorporating innovative new features that will boost your experience. It struggles in introducing more gameplay variety as well as providing a good story, but Dead Space 3 is an exciting and worthwhile sequel that conveys a sense of importance and finality.

Where Dead Space 3 sticks more closely to the previous series is in the overall story. Our once silent protagonist Isaac Clark has brought back into duty with the promise of tracking down his girlfriend Ellie, and this time there’s more than just Necromorphs standing in his way. In addition to new characters, conflicts were also presented with a centralized villain Jacob Arthur Danik, quite the leader of the Unitologist army. His purpose serves to mostly distract Isaac from the greater goal at hand and while he does provide far and away the best voice acting in the game. Moreover, as one uninteresting character after another dies in references to earlier events, it will be hard for gamers to feel all that involved in the overall the story, which is the major setback to its franchise.

You will be amazed to know about dead space three tremendous weapon crafting system. Now, rather than adding arbitrary upgrades to weapons, players can visit the weapons bench to craft new ones either from scratch or from blueprints. Resulting in an endless flow of modular spare parts that you will always scavenge throughout the game. Using these endless number of combinations, you can craft a seeker rifle with a stasis mod on it to slow down your enemies or a gun with a tesla core to throw them on their backs when they get too close! You can even add different attachments that modify the weapon firepower, turning your regular grenades into acid grenades and, finally upgrade circuits that will help you alter basic stats. 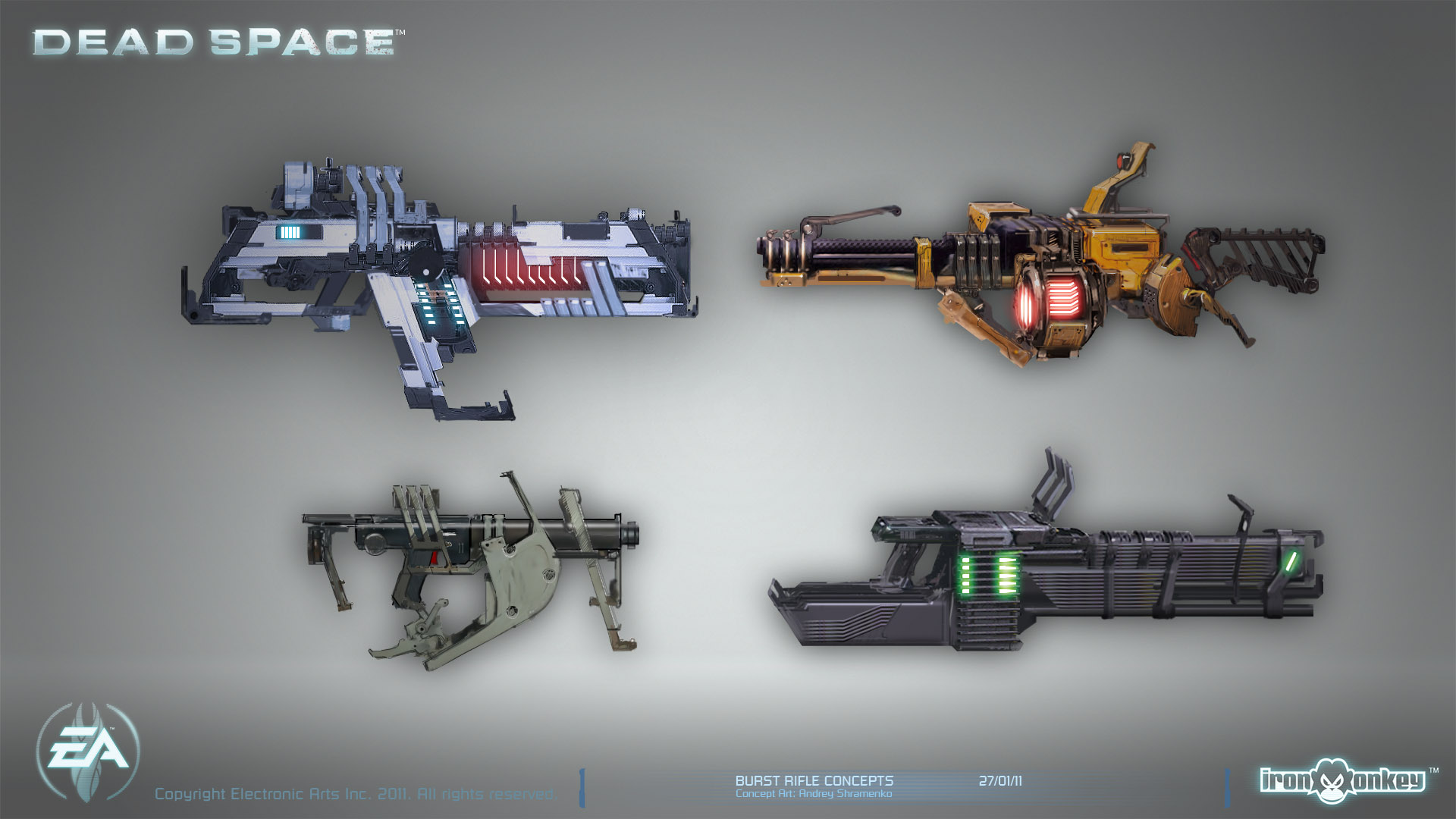 It’s a system that takes a little while to cope with all together but ultimately adds a considerable amount of depth and strategy to its core combat.

Conversely, the game also offers microtransactions giving players the option to purchase resources or weapon upgrade slots directly with cash. It’s a desperate grab at trying to make a few extra dollars on top of the already $20 entry price, but the truth is that it’s mostly ignorable.

All the resources you need will drop naturally from dead enemies, and you can even deploy a scavenger BOT to gather resources for you, which is especially useful in vast open areas. By making regular use of the scavenger BOTS and completing all the optional missions, you’ll most likely have collected enough resources to wield at least two ultra-powerful guns by the game’s end.

Overall, you will like the addition of weapon crafting to the series. I think it’s satisfying to use; it’s encouraging experimentation, and it makes new game plus mode all that much more enticing.

Side Missions of Dead Space 3 PS4

Dead Space 3 also features many side missions that can quickly bring the total playtime up to 20 hours. These handful number of optional ones range from standard fetch quest to some thrilling zero-gravity sections. But most follow the theme of discovering what happened to the people who inhabited these places in the past. In addition to being quite fun, these optional missions allow you to scavenge parts for your weapons as well as gain a little bit more insight into the overall narrative. I recommend taking advantage of all the optional missions if you can because the backstory is more interesting than the campaign itself. 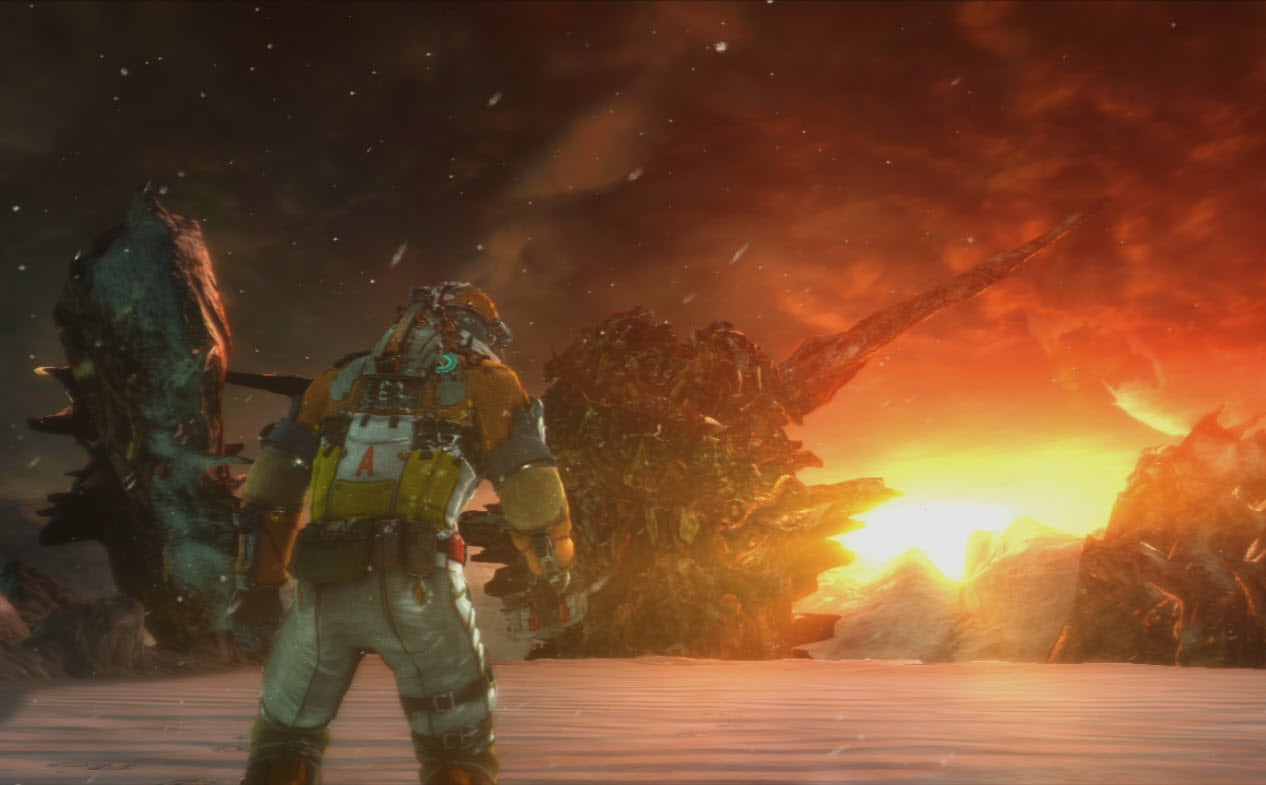 Plus, the resources you earn by doing them will help you out later on.

Playing Dead space three in solo mode is just like any classic dead space. A few actions cut scenes are present toward the start, but the bulk of the adventure is about isolation and terror. However, you can also play alongside newcomer John Carver. With Co-op gameplay, the game worth is slightly increased as it will provide you around three to five hours of extra content that you wouldn’t be able to access otherwise. It also adds kind of an interesting dynamic because it forces you to work together to complete specific tasks and you will feel more comfortable with someone at your side. Besides, shredding your way through the Necromorph hordes alongside a buddy is a whole lot of fun.

It’s better to know that the core gameplay experience is still very much unchanged from previous installments. The only new additions are the ability to roll now, dodge, and take cover. None of which are as important as the game wants you to think. Dodge and roll are both completely useless, and taking cover is only necessary when fighting human enemies.

The main story may not be explained particularly well in dead space 3, but it succeeds in assuring you from one thrilling location to the next.

Whether attempting to stay alive in a suffocating Blizzard or moving in space through the wreckage of destroyed spacecraft, dead Space 3 always keep you guessing with one great environment after the other. Unlike previous installments, this game has perfectly adapted to the outdoors. The low visibility factor in an inhospitable planet known as Tau Volantis keeps things unpredictable and scary along with icy mountains, which provide us with some very tense repelling sections.

The series has long known for its terrific use of atmosphere, and dead space 3 carries the landmark while adding bone-chilling sound effects and more variety along the way.

Aside from a complicated story, the biggest flaw in Dead Space 3 is that it can be a little bit much in its attempts to add gameplay variety. Some of these moments can be exciting, like piloting a spaceship to move through a field of debris. While other events can be a headache like the frustrating ice climbing sections on the ice planet of Tao Volantis. Yet, these shortcomings cannot change the fact that it was a landmark of its time in horror shooter. From its robust weapon crafting system to unique side content. Dead space 3 is an excellent and flexible game no matter how you choose to approach it.

All this contributes to the atmospheric horror of the game. It pairs well with the new visual standard that visceral has set for themselves. The cutscenes are cinematic, the set pieces are gorgeous, and everything looks polished. Some might claim the franchise has strayed with all the new features and modes they’ve implemented. Dead space 3 feels like what dead space was meant to be. It also brings the series to its logical conclusion. It’s a final and fitting ending to one of the best action-horror franchises of this generation. 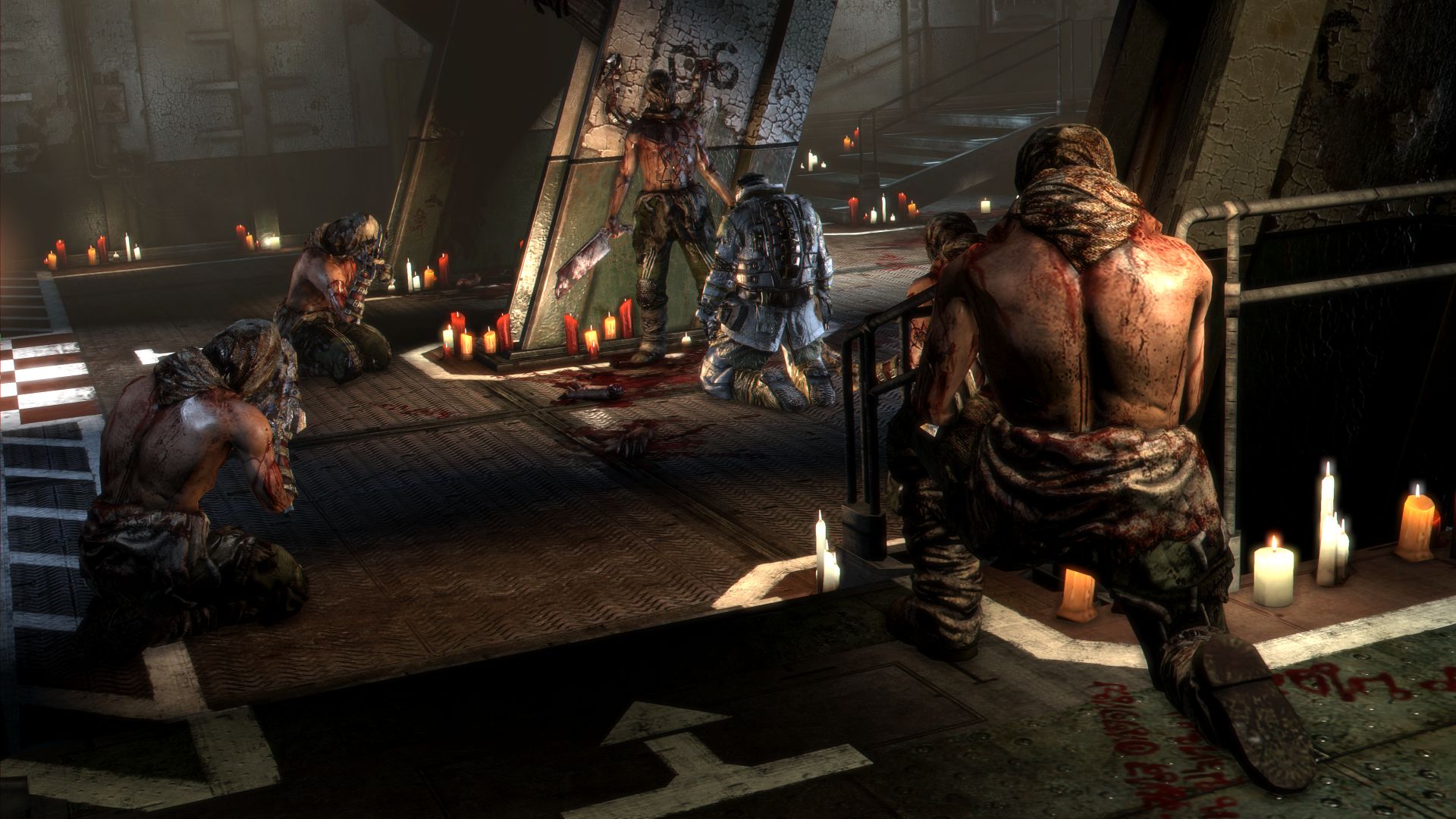 You Are Here: :Home>Posts>PS4 reviews>Dead Space 3 PS4, For Space Lovers